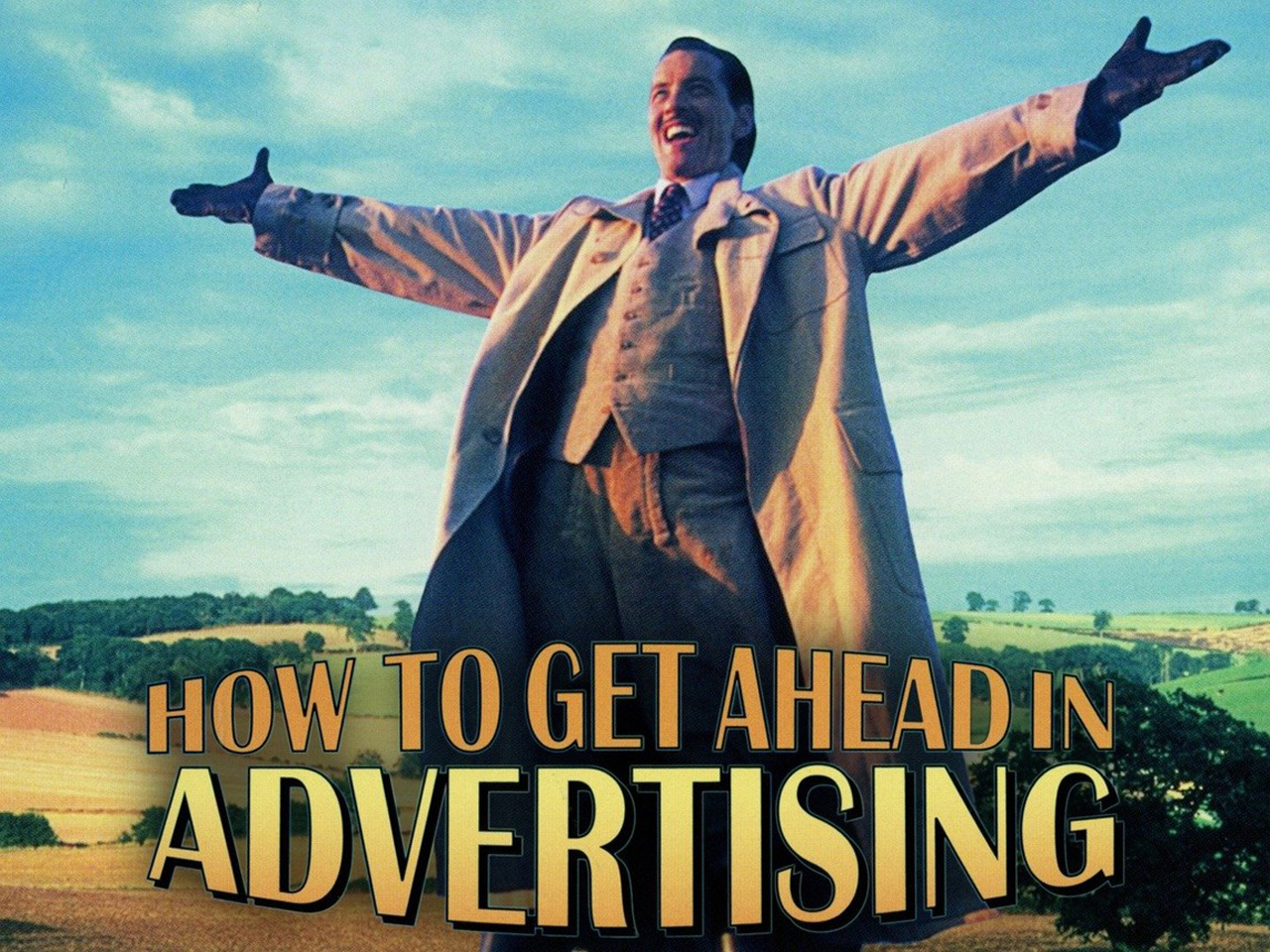 How to Get Ahead in Advertising

Dennis Dimbleby Bagley is a brilliant young advertising executive who can’t come up with a slogan to sell a revolutionary new pimple cream. His obsessive worrying affects not only his relationship with his wife, his friends and his boss, but also his own body – graphically demonstrated when he grows a large stress–related boil on his shoulder. But when the boil grows eyes and a mouth and starts talking, Bagley really begins to think he’s lost his mind. But has he?